59 years of history from the National Basketball Capital 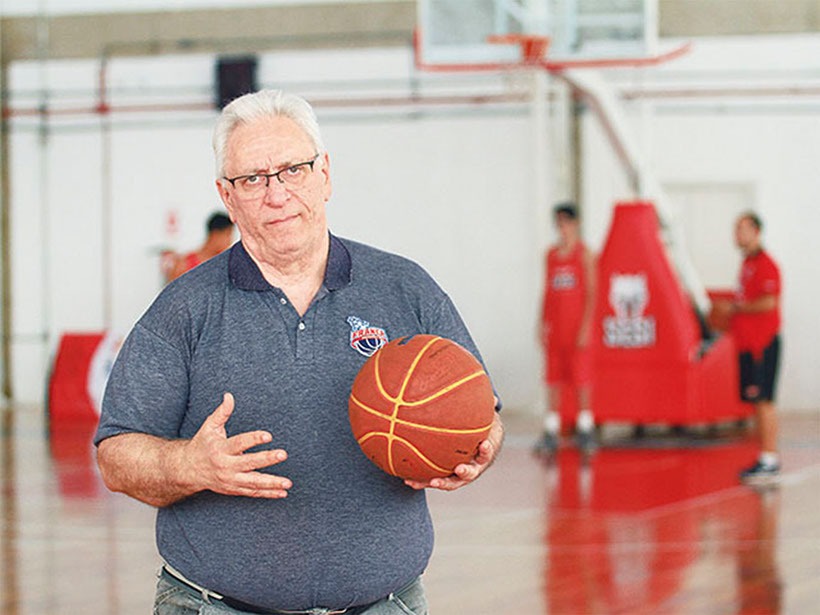 Lula Ferreira, former coach of Franca Basquete and current technical supervisor, says that the base service is very important for the team: two base athletes go to the main category – Photo by: Dirceu Garcia/Comércio da Franca 07/08/ 2018

Club with the longest uninterrupted activity in Brazilian basketball, Franca Basquete, founded on May 10, 1959, was born by the hands of physical educator Pedro Murilla Fuentes, better known as Pedroca. At the time, the professor organized a team, at the then State Institute of Education “Torquato Caleiro”, to compete in the official tournaments of the State of São Paulo. From there began the history of one of the most successful clubs in the country, which would later become known as the National Basketball Capital team.

“Franca has always been a cradle of talent, whether in the revelation or training of great athletes, from youth to adult. In addition, the francana fans are passionate and one of the ones that most follow and understand the sport, this also helps to keep alive this team that is the most active in Brazil today”, said Lula Ferreira, former coach and current supervisor. coach of Sesi Franca Basketball.

The newspaper was present in the first major achievement, the national title, in 1971. The first state title would come two years later, in 1973. In 1974, the team won the South American for the first time, a feat repeated five other times. It was also at this time that we announced the construction and opening of the multi-sport gymnasium, known today by the fans as the “temple of basketball”.

Among the athletes who marked the club’s history and featured articles and interviews in the newspaper are the “Irmãos Metralha”, formed by the brothers Hélio Rubens (who would become the coach with the most years in charge of the team), Toto and Fransérgio Garcia; Demetrius; Fernando Minucci; Chui; Jorge Guerra, the Guerrinha; Helinho Garcia (current team coach); Anderson Varejão and foreigners like Tato López, Patrick Reynolds, Dexter Shouse, Tony Stockman, Maurice Spillers, Kevin Sowell and Eddie Basden.

In August 2017, Sesi was announced as the main sponsor of the Franca Basquete team, which has since been renamed Sesi Franca Basquete. With an initial investment of R$ 4 million, the new partnership was accompanied by champion athletes and would include the first NBA (National Basketball Association) champion, Leandrinho Barbosa, to play in the NBB. With the renewal of the partnership for another two years, announced in March of this year, Sesi continues to lead the team.

General Director of Sesi Franca, Ricardo Alexandre Machado said that the partnership with basketball will build a legacy for the city. “The renewal of the partnership for two years shows a vision of the future, in addition to demonstrating the approval of the work done. The composition of the team today is more linked to what our methodological base says, with soul, determination and a group that is a little younger and aligned with our institutional goals”, he said.

The renovation, according to Lula Ferreira, serves to support the work that began to be carried out in recent years and strengthen the grassroots ideology of Franca Basquete, which is more focused on the path to be followed and not necessarily on the titles. “The base service is very important, as a result of this we have two athletes in this new season who will become professional players in the main team. It serves as an incentive and shows how important our training is. While the bottom line results are good, the focus is not on winning. Until the under 19 category, our objective is to form good players, without pressure for titles, as this pressure can harm development”, he explained.

With approximately 1,600 athletes practicing basketball at Sesi’s facilities, when all categories are considered, from grassroots to the Athlete of the Future project, the Franca unit has, since March this year, a Basketball Training Center. Considered first world, the “Hélio Rubens Garcia” Center has the only court in Brazil with six tables and one of the differentials is the possibility of simultaneous use for training of throws and other game techniques by several athletes, in addition to flooring. floating, which facilitates the work with the dynamics of jumps, one of the most used resources in the modality of basketball.

Sesi Franca Basquete currently has a specific department for the improvement of athletes. This is the DAADE (Department of Analysis and Improvement of Sports Performance): formed by 30 players, which in the opinion of all coaches are promising and point to be above average, the treatment provides athletes, in addition to the normal training of the category , to individualized training.

“As in a private class, we work on every fundamental of the game, such as passing, dribbling, rebounding and shooting. Individual techniques are worked on, for example, in the throw, if the elbow is in the right position, if the hand catches the ball well. Anyway, details that may seem small, but when you create defective movements, when they are adults, it is practically impossible to correct”, explained Lula Ferreira.

With three competitions to play in the 2018/2019 season – Campeonato Paulista, 11th edition of the NBB (Novo Basquete Brasil) and also the South American League -, Sesi Franca Basquete has revamped the team that won last year’s runner-up and lost to Bauru in the quarterfinals of the NBB.

Renewing with Alexey and Cipollini, in addition to Cassiano, Gui Abreu and Didi, the team that will continue under the command of coach Helinho Garcia, brought the champions of the last edition of the NBB Lucas Dias and Helinho, who defended Paulistano; Jimmy, ex-Mogi das Cruzes; Rafael Hettsheimeir, ex-Bauru; Adriano Alves Júnior, known as Big, who was in Minas; and winger André Góes, who played for Vitória in the last edition of the NBB. The expectation, once again, is to win titles.

“The last campaign, as well as the fans, hurt us a lot too. The team was on its way to meet the goal and suddenly broke up in the playoffs. The way the defeat happened frustrated us a lot. So, at the time of putting together the team, there was a great concern to fit all the elements together. In sport you need chemistry and we focus on that. The error was collective, of players, directors and coaching staff. We hope it will work better and we will certainly seek a positive result”, concluded Lula Ferreira.